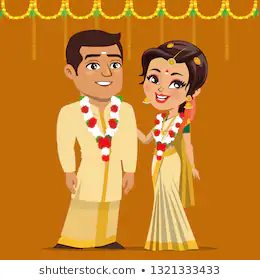 I have  to mention  some  important points

1.Divorce  is not recognized  in most  of the castes  of Hinduism

2.A man can marry   any number of times and every time   the Brahmin  rituals  have  to be followed

3.in case  of lady , the Brahmin ritual   consists of

a. Her  parents giving  permission  to her marry

b.Her parents giving her  to a boy with a request  to him  to get  married  to the

c. The boy getting married   to her

4.according to our  acharas , the girl becomes  a family  member  of her husband

and follows   his gothra

There  is some  amount of confusion regarding   the kanya dhan. According to our rules, she belongs to gothra  of her  former husband and who will give  her as dhan?

I believe  that  when the society (the laws of the country)  gives her  divorce, they  take her away from her husband’s family and so she  gets back to her  family(controversial?) and so her parents can again give her  to another boy.

AS is the custom of our religion, the  boy gets the girl married  according to his rituals as he is permitted to marry  any number of times

There are  many riruals  like  kasi Yathra, OOnjal, malai mathal   etc which are  not according   to religious  rules. They can be simply dropped