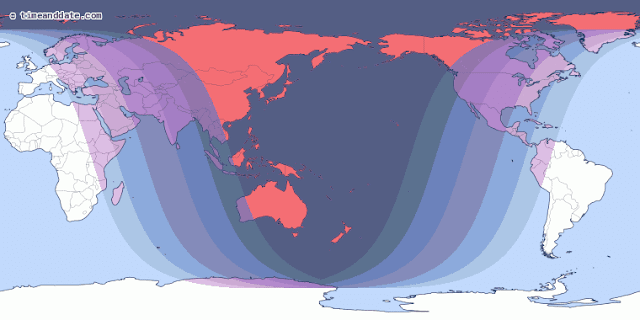 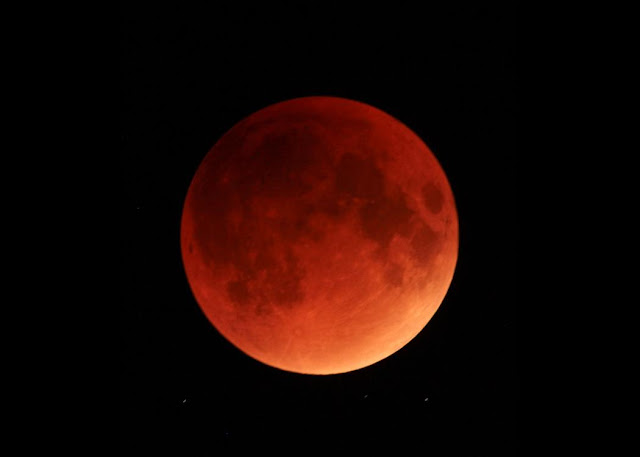 This  eclipse    is a total eclipse  in India  and is visible   all over India(partial Lunar eclipse in north eastern states) .When two full moon(pournami) occurs  in a month (Extremely rare , this occurs after  150 years)  , they call it a blue moon(The phrase  once in a blue moon  “ is because of this) .This January  there are  two Pournamis .Please understand   that  the moon   would not look blue) .When a total eclipse  occurs  , the moon is seen with red colour  .This iis called  blood  moon  .In India   this year we would be seeing the blood moon

The Lunar eclipse Tharpana   has to be done   towards  the end of  Chandra Grahana.Before doing Tharpana   we have to take bath    and after  the end  of  the eclipse  we have to again take bath.(if Sradha  is on POurnamasi thithi  on 31st, it shold be done only on 1-2-2018)

The   sankalpa manthra   for this eclipse is :-

(Those  whose Nakshatra   the eclipse are affected , should write the following sloka in a palm leaf and tie it to their forehead. After the eclipse this palm leaf should be removed. Then they should give in charity one Ash gourd, coconut and coin to a Brahmin.