Observe the Ritual of Ratha Sapthami 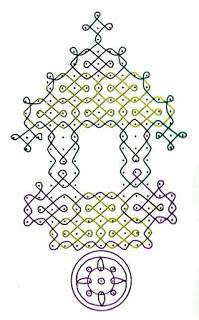 Ratha Sapthami also called as Surya Sapthami or  Surya Jayanthi    is a festival  celebrated on  the Shukla Panchami  in the month of Makara /Kumbha  Masa(Magha masa  for those    who follow Chandra Mana)  .This year the  festival  is  being observed  tomorrow  (12-2-2019)  . It is observed with  several rituals  in the  states of Andhra Pradesh /Karnataka /Maharashtra(For details see  http://www.hindu-blog.com/2009/01/how-to-do-ratha-saptami-puja.html ) .

In  tamil Nadu the day starts   with ritual bath  by Keeping seven  leaves of  Vellai Erukku (Giant milk weed –Kannada Ekku, Telugu  Jilledu  , Sanskrit –Arka )  on the head .(some people keep one on head, two on shoulders, two on knees   and two on feet) A head bath is taken ,.Some people keep uncooked  rice also on the  Erukku leaves. Women in addition sprinkle turmeric powder  on the rice . You are not supposed  to apply  oil on  the head for that day. During the   ritual bath the  following Manthra  or sloka is chanted:-

Oh  Goddess  who likes the seventh of sevenths  ,
Who is   the lustrous lamp among the seven worlds,
During this seventh linar day  please remove,
The sins that  I have earned in the seven births.(1)

All of those sins   committed   by  me ,
In the earlier seven births ,
As well    as   my sorrows   and passions,
May please be destroyed By Sapthami of Makara  Month(2)

I salute    the Goddess  Sapthami ,
Who is capable  of destroying  all sins  ,
And by the bathing with seven  Erukku leaves,
Let   all  my sins   be   completely removed.(3)

After this  any time   during the day  read or hear  Adithya  Hrudaya , which is taught  by sage Agasthya   to Lord Rama  in Ramayana  , so that he has the ability to kill  Ravana

The Sloka in English with  my translation is available  in  http://stotrarathna.blogspot.in/2009/07/adithya-hrudayam.html .

You can hear it by clicking  https://www.youtube.com/watch?v=IsGJlyFcdQM .

You can also chose  to read it in Sanskrit  alphabets in http://www.hindudevotionalblog.com/2012/03/aditya-hridayam-lyrics-in-sanskrit.html .

You can read it in Kannada by clicking http://poojavidhana.blogspot.in/2010/02/aditya-hrudayam-in-kannada.html