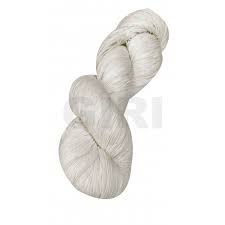 (Very scholarly and informative article.I have simply copy and pasted it here .My humble acknowledgements to the original   author , whoever he is.)

Yagnopaveetham is a triple stranded sacrificial filament joined by a knot called Brahmagranthi that is worn by those initiated into the Gayathri recital.

Yagnopaveetham means a sacred covering on the body without which a Yagna or a sacred ritual cannot be performed.

It is also called as Brahmasuthram.

In Telugu it is called as Jandhyam,

Yagno-pavita means ‘thread of sacrifice’ that symbolizes the sacrifice of ego, anger & selfishness.

What significants three threads in Janivara?

In olden days both men and women used to wear Yagnopaveetham. But nowadays only men who are eligible and initiated into Gayathri Manthra wear it.

Among the Varnas, Brahmin, Kshatriya, Vysya who is a dwija can wear Yagnopaveetham.

They should start wearing from the day they are initiated into the Gayathri Manthra which generally happens through a ceremony called Upanayanam.

How many Yagnopaveethas one should wear?

It is said that a,

Brahmachari (unmarried person) should wear only one Yagnopaveetham that has three strands.

A Grihastha (married person) should wear two such Yagnopaveethas. It is in practice to wear three Yagnopaveethas by a Grihastha, the third one that acts as an Uttareeyam (upper dhothi).

What should be its length?

When you wear the length of Yagnopaveetham should come up to the navel level and it should be neither above nor below the navel.

It is said that if it is below the navel it will lead to the loss of power of penance and if it is above the navel it is Ayuksheenam (decline in longevity).

Manu Smruthi says that the potion below the navel is impure. We also find a reference to this in Dharma Sindhu.

Who are the Presiding Deities of Yagnopaveetham?

How to wear & remove Yagnopaveetham?

Every time Aachamanam should be performed and Gayathri manthra should be recited ten times.

Similarly old and worn out Yagnopaveetham should not be removed from above the neck.

Man is said to be purer above the navel. Manu Smruthi says that, portion below the navel is impure.

After changing Yagnopaveetham the old one worn becomes a decayed thing.

It should not be removed from sacred portion of the body that is above the head.

Generally we come across three postures of wearing Yagnopaveetham.

One is Upavita where the Yagnopaveetham is worn over the left shoulder and under the right arm. This posture is used for performing auspicious ceremonies and sacred rituals related to Gods.


This is called Savya position.

Under normal circumstances Yagnopaveetham should always be in Savya position.

The second one is Praachinavita where, Yagnopaveetham is worn above the right shoulder and under the left arm.

This position is used while performing sacred rites to the Forefathers (Pitru Karya).

This is called Apasavya position.

When Yagnopaveetham is worn around the neck and over the chest in maalakara (like a garland) and is held with both thumbs in the region of the heart and above the naval, it is Nivita.

One would have observed devout Brahmins tying their Yagnopaveetham tightly to the right ear/left ear while attending nature calls.,While it is to protect the sacred thread from becoming soiled during the course of attending nature calls, there is also a health significance involved in it.

When pressure is applied it helps in regulating the functioning of excretory organs, perhaps the concept of Acupressure.

When to Change the Yagnopaveetham?

When once a person starts wearing Yagnopaveetham in normal circumstances it should not be removed and should be worn always (24 hours-365 days).

It is like a woman wearing a Mangala-Suthra forever. But in practice it is not possible to wear the same Yagnopaveetham permanently. Due to wear and tear, it may get soiled or worn out or gets broken and needs to be changed. One should not wear a broken or worn out Yagnopaveetham.

Apart from this it should be changed under the following circumstances.

Once in a year on the day of Upakarma;

Whenever there is Jataasoucham or Mruthaasoucham (birth/death in the family) after completion of the stipulated period of asoucha.

Whenever one visits the Cremation Ground or touches a Corpse.

Whenever one happen to touch a woman during menstruation.

Whenever the threads of Yagnopaveetham are severed or it is soiled or worn out.

Whenever one attends 10th day ceremony and gives Dharmodaka.

Whenever there is a need to change Yagnopaveetham it should not be removed recklessly.

First wear the new one and then remove the worn out as per the laid down procedure.

As per scripts it is said that, sacred thread should be white in colour for Brahmins (all brahmin Samudayam)

Red in colour for Kshatriyas and

Yellow in colour for Vysyas.

But in practice we find all people using Yagnopaveetham which is white in colour.

As per scripts it is said that, Yagnopaveetham should be made up of cotton for Brahmins, silk for Kshatriyas and linen for Vysyas.

But in practice we find all people using Yagnopaveethams made from cotton.

Yagnopaveetham is made up of nine layers of woven cotton thread spun by a virgin girl and twisted by a Brahmin reciting Gayathri manthra on an auspicious day.

Length of the thread used for making Yagnopaveetham as per scripts should be 96 breadths of four fingers measured by one’s own hand.

Thickness of the thread should be of a mustard seed size. Nowadays we don’t find such norms being followed in the making of Yagnopaveetham.

It is said that Gayathri Manthra has 24 letters and when it is added together from four Vedas it becomes 96 (24x4) that gives the power or eligibility to the Dwija to perform Yagna or Yagas and to recite Gayathri Manthra.

There is another arithmetic to this number, that is human body comprises of 25 elements, made up of three Gunas (Sattwa, Rajo, Tamo).

We have 16 thithis in the calendar,

27 Stars in the Almanac,

6 Ruthus in three Seasons (summer, winter and monsoon), and

Before wearing Yagnopaveetham one should offer prayer to all these nine deities.

As per the scripts it is prescribed that the Yagnopaveetham should have knots equivalent to the number of Pravaras in one’s Gothra.

But in practice we find only one knot for the Yagnopaveetham.

The knot with which the three strands are tied together is called Brahma Granthi that signifies ParaBrahma (Pranavam) who is Sakala Veda Swaroopa.

There are many interpretations about the three strands of Yagnopaveetham.

It is also interpreted as, three strands representing Ida, Pingala and Sushumna nadi through which the Kundalini energy manifests as prana and consciousness.

The three strands also indicate that one who wears it should have a triple control over his mind speech and body (thought, word and deed)

Dwija mean twice born. There is no difference between one child and another at the time of birth.

All are born out of the mother's womb only. This is the first stage of life (Sudra).

Second stage is getting upadesa of Gayathri at the time of Upanayanam when the boy becomes Dwija or twice-born.

He is then purified.

The third stage is Vipra when one has mastered the study of the Vedas.

The fourth stage is Brahmana when he actually realizes the Brahman through the knowledge of the Self.

One becomes a Brahmana not by birth but only when one realizes the Supreme Brahman.

One becomes a Brahmana by action and not by birth.

Why should one wear Yagnopaveetham?

Wearing Yagnopaveetham would increase the longevity of a person who wears, gives physical and mental strength through the worship of Sun God (Savitha) using Gayathri Mantra initiated during his Upanayanam.

By wearing Yagnopaveetham one gets purified both externally and internally.

By wearing Yagnopaveetham one gets the eligibility to perform spiritual and sacred rituals as prescribed in Vedas for his Varna.

One should not attend to nature calls, eat food, and participate in sexsual pleasures without Yagnopaveetham.

It is a prerequisite for learning Veda. It is a passport to obtain Vedic education.

Yagnopaveetham is a mark of formal entry into Brahminhood. It gives power and authority to pursue one’s spiritual path.

The Vedic link that a child looses when the umbilical cord is cut is re established in the form of Yagnopaveetham.

In other words, Yagnopaveetham serves as an umbilical cord that connects him not just his immediate parents not just the three generations but the entire tree of generations and the Rishi on whose root the whole tree flourished.

The three strands remind the wearer that he has to pay off the three debts (Runas) he owes to the ancient seers, ancestors and to the God viz.  Deva, Rushi, Pithru Runa.

Yagnopaveetham is not a mere symbol to identify a community.

Yagnopaveetham has sanctity of its own and one has to qualify himself for wearing it not by birth alone but also by practice.

He alone is a Brahmin who does his Nithya Karma, follows the path of Sanatana Dharma and remains free from ego, avarice, anger and pride.

What is the use of Yagnopaveetham for the one who is known to the world as a Brahmin?

It is not something that is worn for the world to know.

Most interestingly the sanatkumAra saMhitA gives two forms of upanayanaM, the vedic form for dvijas and tantric agnimukhaM version for women and shUdras.

On recieving that they may perform several rites, but the pA~ncharatric brahmin is still supposed to perform vaidika rites to various deities in addition to the internal pA~ncharatric sacrifices to vedic deities given in the rudra rAtra
Posted by Raja Thatha at 6:00 AM